Congratulations Jack C, Jack W, Quinn, Michael and Rudy who camp home in one piece from Survival Camp in Castlemaine. On arrival in Castlemaine the Scouts were given a map and had to use it to navigate their hike into the camp. Once there, they chose sites to build shelters from sticks and coffee bush that would keep the weather off them should it turn cold or wet. The weather was reasonably kind to them and it didn’t rain but it was cold and dropped to only 1° Celsius overnight. They cooked on an open fire, which they had to keep going 24/7 meaning they had to take turns at night to tend the fire and ensure it didn’t go out. They scavenged for their food by locating hidden skewers in a dry creek bed and using only a billy and dutch oven as cooking aids managed to cook over the weekend a whole Red Snapper, spam stew, sweet potatoes, pumpkin, potatoes, carrots, damper, dumplings, boiled eggs, and tea. Fun was had and skills learnt in collecting and treating water to drink, mock bush fire and fire fighting exercises and water testing of the bush shelters. A bush bashing hike on from the ‘Monk’ back to camp enabled them to show great navigation skills and team work as did the air crash first aid scenario where they rescued an injured pilot and carried him to safety on a bush stretcher then ensured their own rescue by using reflective emergency blankets, smoking fires and semaphore. 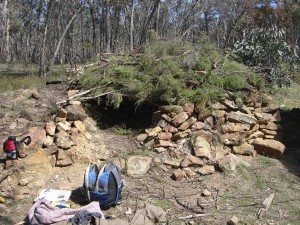 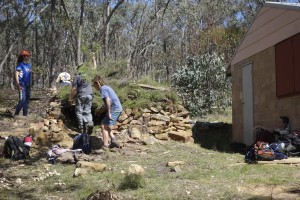 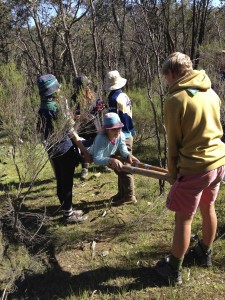 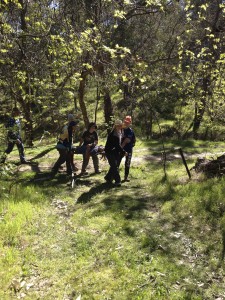 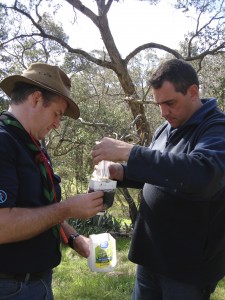 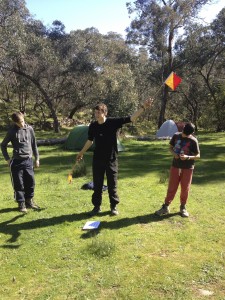 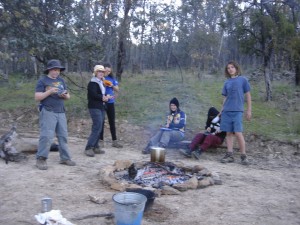 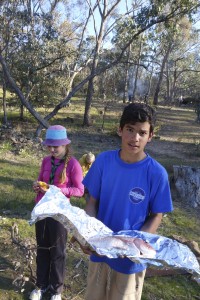 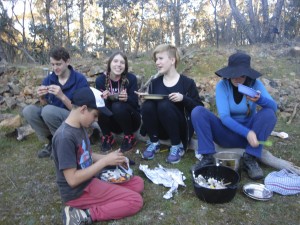 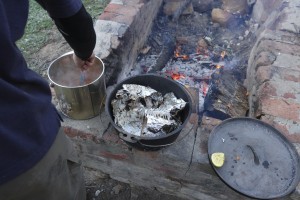 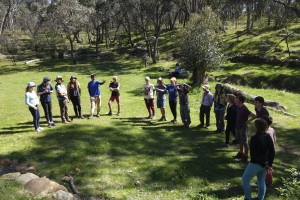